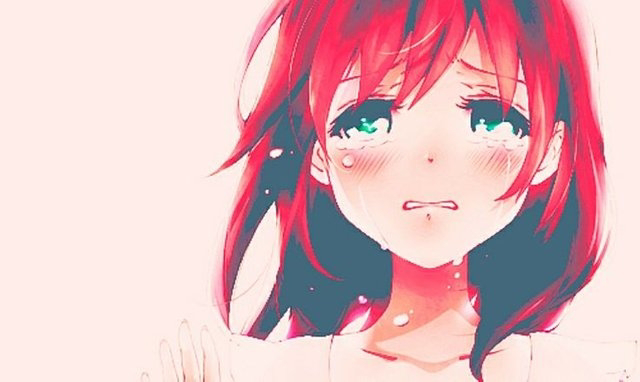 I woke up at 6:45 am to the sound of glass breaking. It was a very rude awakening for someone with PTSD. The staff broke a glass divider in the office. I was hopeful for the new medicine, but I woke up several times during the night and now I'm very sleepy during the day.
8:30 am went back to see the Dr. the Dr. is worried about how severe my PTSD is. Since my event happened during my sleep I have somniphobia. I do not feel safe during sleep. I wake up several times during the night. I have night terrors. He put me on a medicine called Prozosin. It's a medication they give to war vets with PTSD to stop the night terrors. He is thinking if he can get me sleeping then I will feel better. He also wants me to have a sleep study. He will give it one more night to see how I am feeling before he adds any more medication. I told him about having a really bad night last night and that I was feeling antsy and wanted to leave to hurt myself. He explained it's an addiction. This is only my 3rd day of sobriety so it is going to be hard. When you cut yourself it releases endorphins. You get high from it. That is why it is addictive. I need to find better ways to release endorphins like exercise, hot peppers, etc.
1 PM Group
We talked about diagnosis. The therapist talked about how many of us had the same diagnosis and how we should make friends while we are here. It's just hard for me to make friends. I'm only a people person behind the keyboard.
2pm Group on Communication Styles
Passive, passive aggressive, assertive, and aggressive.
Watched Netflix with the rehab patients while working on my DBT homework. 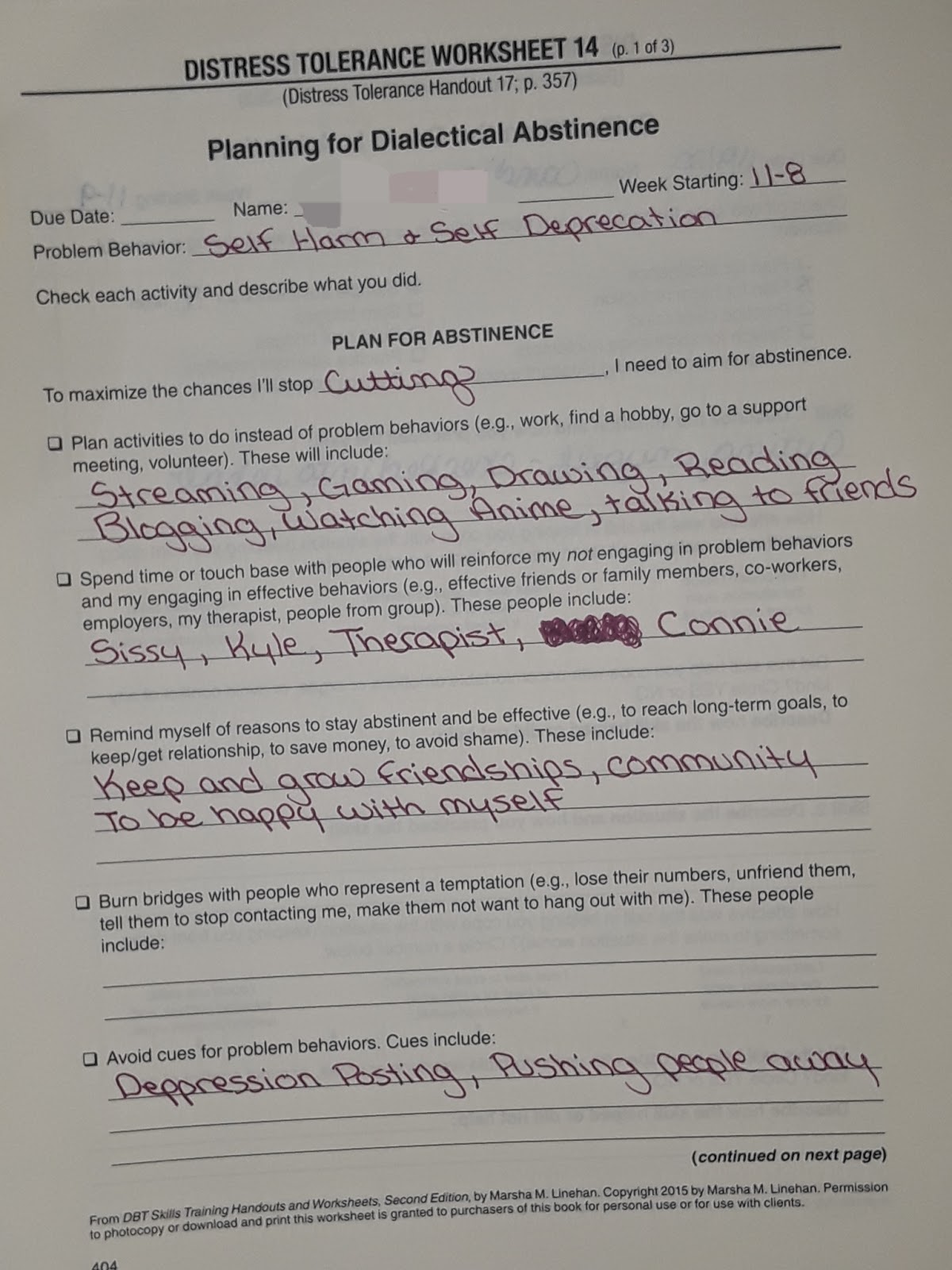 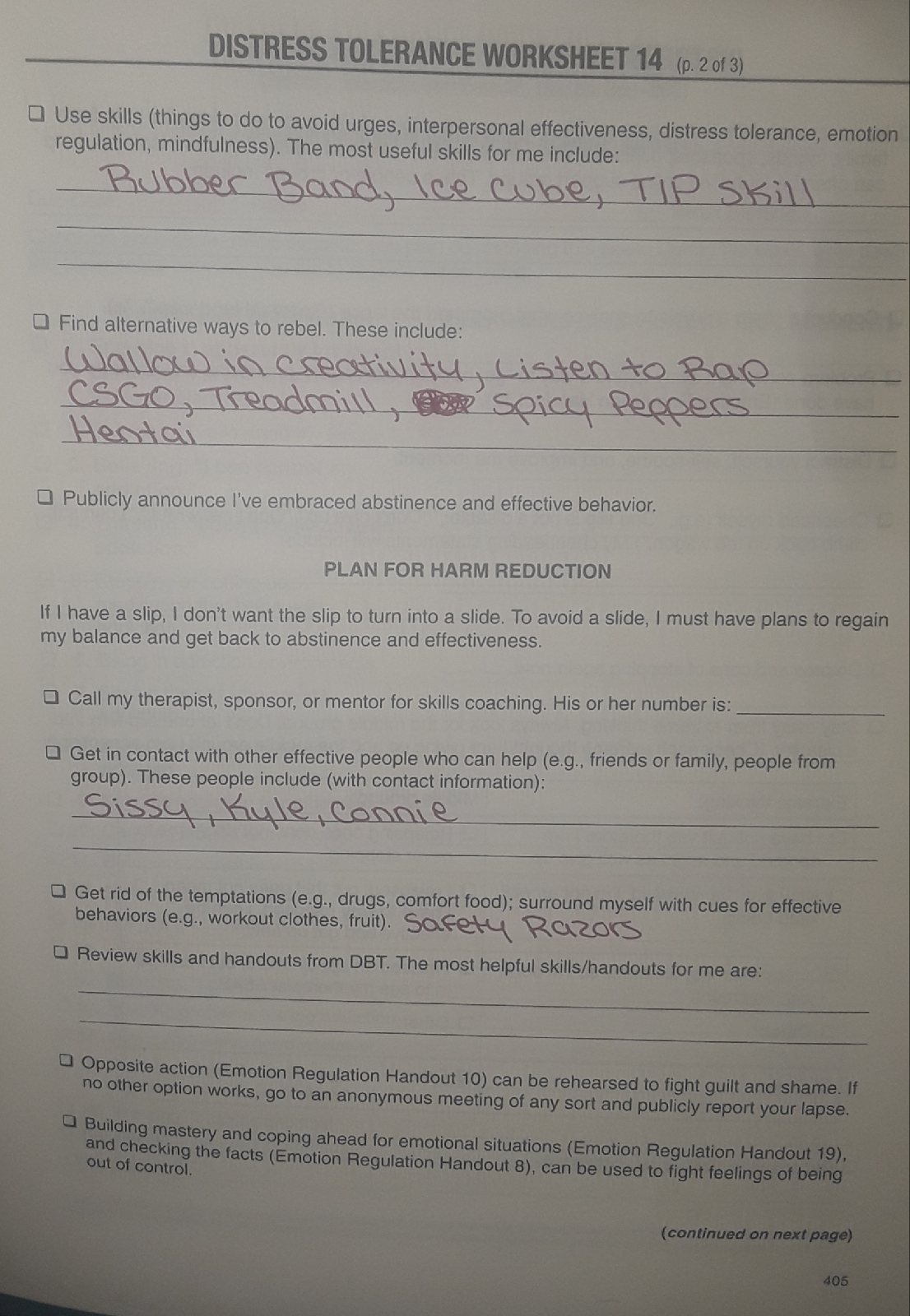 When I finished this I received a text that my Aunt Connie's best friend passed away. His name was David and I called him Uncle David. We were close. He had been sick a while but my aunt didn't want to tell me because of my attempts.
My Aunt usually takes care of my son but my Mom has him right now. It's causing me some added panic but I'm working through it. I know he will be fine where he is as long as he has his computer.
I feel an urgency now to get out of here because I am needed. I feel so selfish by being here.
Going to end this blog early. I'm trying not to spiral. Everything will be okay. I'm just tired and need a distraction.